African Indigenous Vegetables (AIVs) have become an integral part of the Kenyan diet in the wake of the Covid-19 pandemic and killer diet-related diseases.

Driven by the need to change their consumption patterns and to stem emerging health risks, Kenyans no longer see indigenous vegetables as weeds but as high-profile commodities

AIVs were overlooked for long. In colonial days, they were associated with poverty and viewed as unhealthy and unhygienic. Those days, eateries in Nairobi only catered for settlers who detested AIVs and outlawed the sale of traditional foods.

Africans who were ‘civilised’ and wished to be viewed as such adopted the colonial dining culture, patronising restaurants that served only European dishes. At the turn of the millennium, a survey was carried out by the World Vegetable Centre to determine consumer knowledge of AIVs. The results indicated that high-income earners associated these vegetables with poverty.

The middle and average income earners, especially in urban centres, minimally consumed AIVs in fear of risking their health, fearing that most of the crops grown in urban dwellings were not safe. The low-income earners, on the other hand, consume these vegetables regularly

Research shows that AIVs contain essential vitamins, particularly A, B and C, and minerals (such as calcium and iron) as well as supplementary protein and calories. The high protein and vitamin contents in these vegetables can eliminate deficiencies amongst vulnerable populations like children and pregnant women. People suffering from diseases such as high blood pressure, HIV and Aids, cancer and hypertension are advised to consume AIVs because of their medicinal value.

Vegetables are the new goldmine 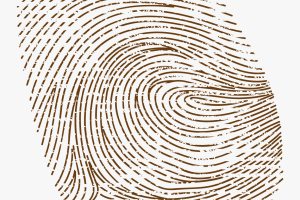